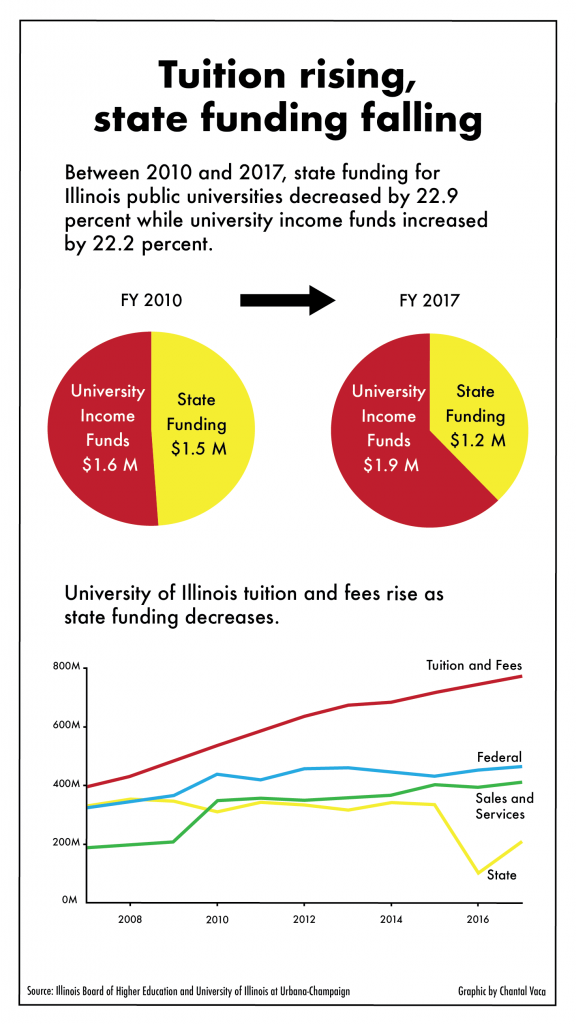 Almost five decades ago, when John Toenjes graduated from Stanford University, his annual cost of education, including tuition, fees, books, and room and board, was around $6,000. At a public university, it might have been only $2,000, the equivalent of $12,500 in current dollars. Now he is an associate professor of dance at the University of Illinois and teaches students who pay between $30,000 and $60,000 per year.

“Anyone could afford to go to school to get an education for the sake of getting an education. It’s not like that anymore,” Toenjes said. “Everything’s all f—ed up.”

As UI grapples with state budget cuts, students have become its primary source of revenue. Between 2007 and 2017, adjusting for inflation, revenue from tuition and fees increased 65% as the university recuperated from wounds inflicted by a nationwide trend toward reduced state support and aggravated by a state budget crisis in 2016. State funding decreased by 45.7%.

Although new self-supporting graduate programs have been introduced, undergraduates have borne the brunt of state cuts.

The cost of teaching undergraduate courses increased 26% from 2009-’10 to 2017-’18, but undergraduate tuition rose by a much larger 39%, according to Division of Management Information.

According to Vice Provost Kevin Pitts, raising tuition was a “balancing act,” as UI was not bringing in “enough” revenue through other sources.

“When there’s an imbalance, that imbalance is going to correct itself one way or another,” he said. In response to university incentives for teaching more students at lower costs, several departments developed large online courses to attract more undergrads. Members of the university’s Council for Learning Outcomes Assessment were aware of this.

“It’s getting to be almost like a sweatshop — make an online course so you can have more and more students,” Toenjes, a member of C-LOA, said. “It’s definitely a kind of an economic tool.”

Michel Bellini, director of the Center for Innovation in Teaching in and Learning, disagrees. “I don’t think that online education was the answer to a lack of budget,” Bellini said.

But even Bellini’s assistant director, Jason Mock, concedes budget problems played a role in growth of online education. “The budget crunch a few years ago caused many departments and colleges to look for new sources for revenues, and one of the sources was online education,” Mock said. 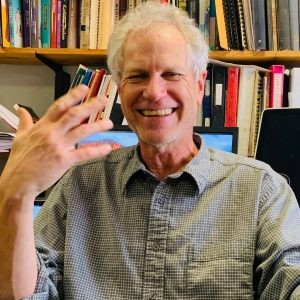 John Toenjes, Undergraduate Director of Dance at the University of Illinois 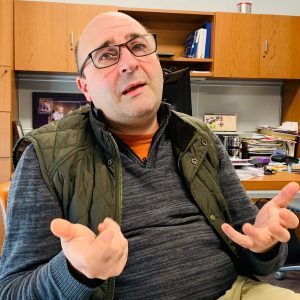 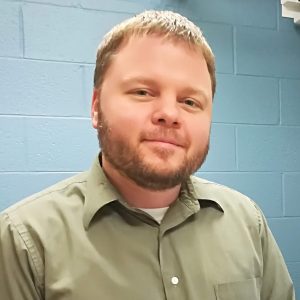 Jason Mock, Assistant Director of CITL at the University of Illinois​

Online courses and programs also help the university target international students, who pay much higher tuition. “We can reach students all across the world without requiring them to come to the middle of a cornfield in central Illinois through online education,” Mock said.

In online courses, the total number of credit hours taught — so-called instructional units, or IUs — quadrupled between 2009 and 2018, according to DMI data.

Discussions about online education and the potential of revenue generation appear repeatedly in minutes of the University Senate’s Education Policy Committee and the administration’s Council of Deans.

During winter and summer terms, when many online courses are taught, nearly all tuition revenue goes directly to colleges teaching the courses. This provides further incentive for departments to take more classes online and thereby to encourage students to take UI courses instead of community college courses over break. 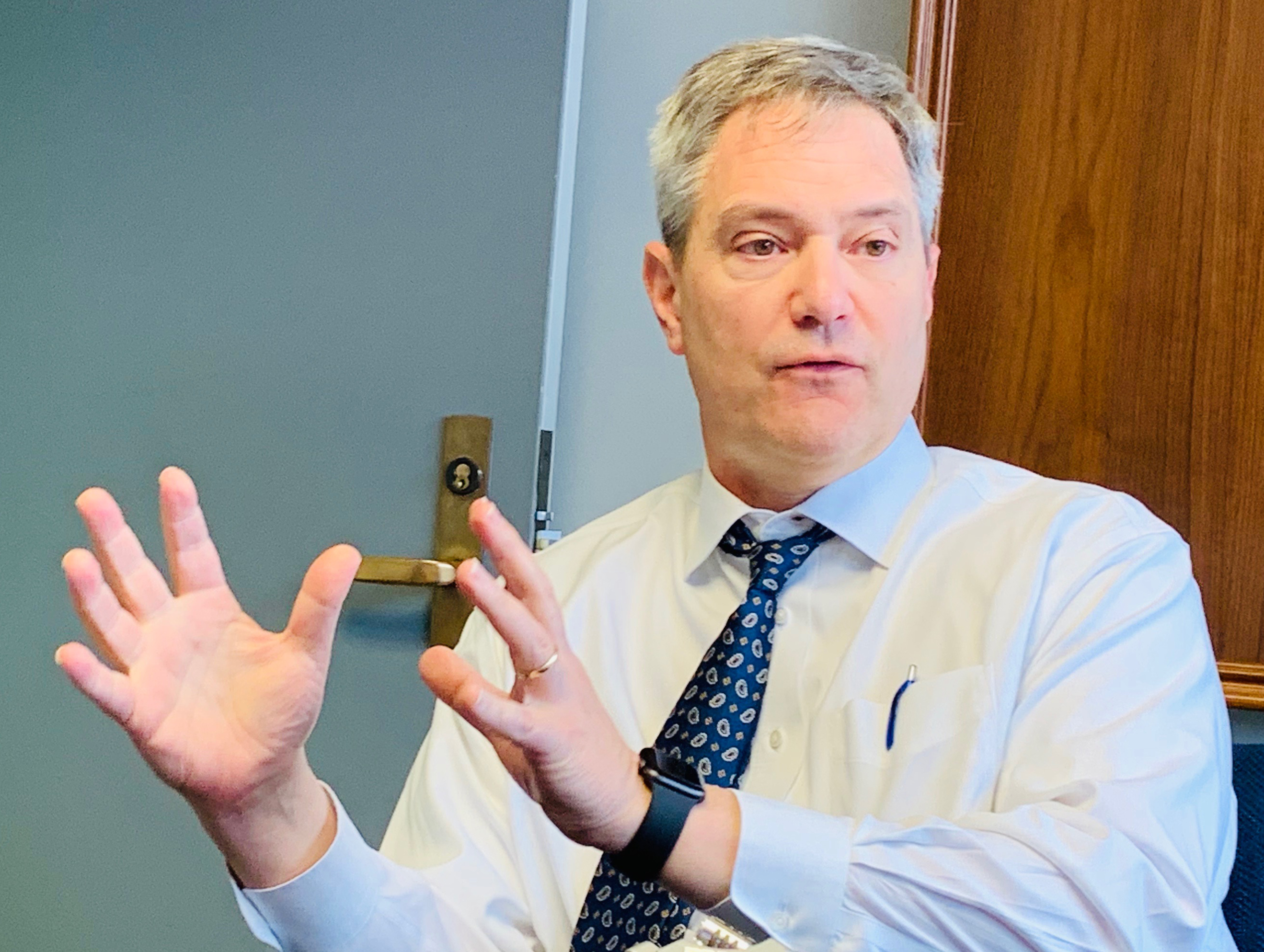 “The amount of money that comes with instructional units is not enormous. There is an incentive but incentives are incentives.”

In summer, the administration takes only 5% off the top, and all remaining tuition money is sent directly to the colleges teaching the courses. The same course taught to the same number of students in fall or spring could generate three times as much revenue or perhaps even more if taught in winter or summer.

Generating instructional units, or IUs, is crucial for colleges. “We have to keep students; otherwise they will shut us down. We get funding based upon IUs, so we have to keep IUs,” Toenjes said.

But Pitts, the vice provost for undergraduate education, disagrees. “The amount of money that comes with instructional units is not enormous,” he said.

Indeed, a typical faculty member teaching 50 students a semester in a three-hour class might generate only $16,500 in IUs for his or her college.

But the same faculty member, moving the course to winter or summer term, done online, could generate at least $51,585 and perhaps as much as $184,538 if teaching to high-tuition students like international students in Engineering.

According to an analysis of tuition rates and Budgetary Principles and Practices, normally referred to as Communication No. 1 from the office of the Provost, UI colleges get at least $344, and sometimes substantially more, for each credit hour taught in summer term. In regular fall and spring terms, that amount is $110.

We asked some UI Professors for their opinion on online courses...Pros, cons, surprises...

What they want or what they need?

Students view themselves as consumers of education

Three years ago, Cecilia Weislow, a resident of Milestone Township in New Jersey, came to Urbana-Champaign to study animal science. Before she came, she had a clear career goal and wanted to be focused on her major. She never thought of taking general education courses, known as gen-eds, but had no option because they are requirements for all undergrads.

“I am currently managing payments with a mixture of loans and help from my parents,” Weislow said. “Sometimes I think about how you are paying money to take this course that isn’t necessarily what you need.”

Duke University grade-inflation researcher Stuart Rojstaczer finds that students increasingly see education as a consumer good, with them as the consumers. They appear ready to pay but want a diploma with good grades, focused on their career goals.

Some students seek “easy” classes to fulfill requirements that are not part of their majors. 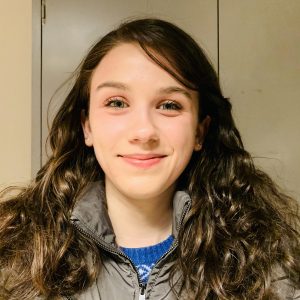 Johann Neem, department chair and professor of history at Western Washington University, worries that consumer-driven education might be driving students away from the true purpose of colleges.

“At the heart of education are human beings interacting with each other,” Neem said. “That’s the way people feel confident taking risks with ideas…. It’s the way ideas get developed and refined.”

Students’ power as consumers also is related to universities’ reliance on student evaluations of instructors.

“Most faculty members are evaluated on a regular basis by their students,” said Maureen McMahon of the University at Albany. “Teachers who fail several students each semester gain a reputation for being ineffective and tend to be replaced.”

At UI, students’ evaluation of instructors is measured primarily by surveys administered at the end of each course. Results of every survey are included in dossiers prepared whenever a faculty member is up for promotion or tenure. Faculty members are reluctant to comment on the record about such matters.

The push for greater efficiency — both for students and universities — may work against this by creating larger, sometimes less personal classes, especially in areas not directly impacting students’ career ambitions. 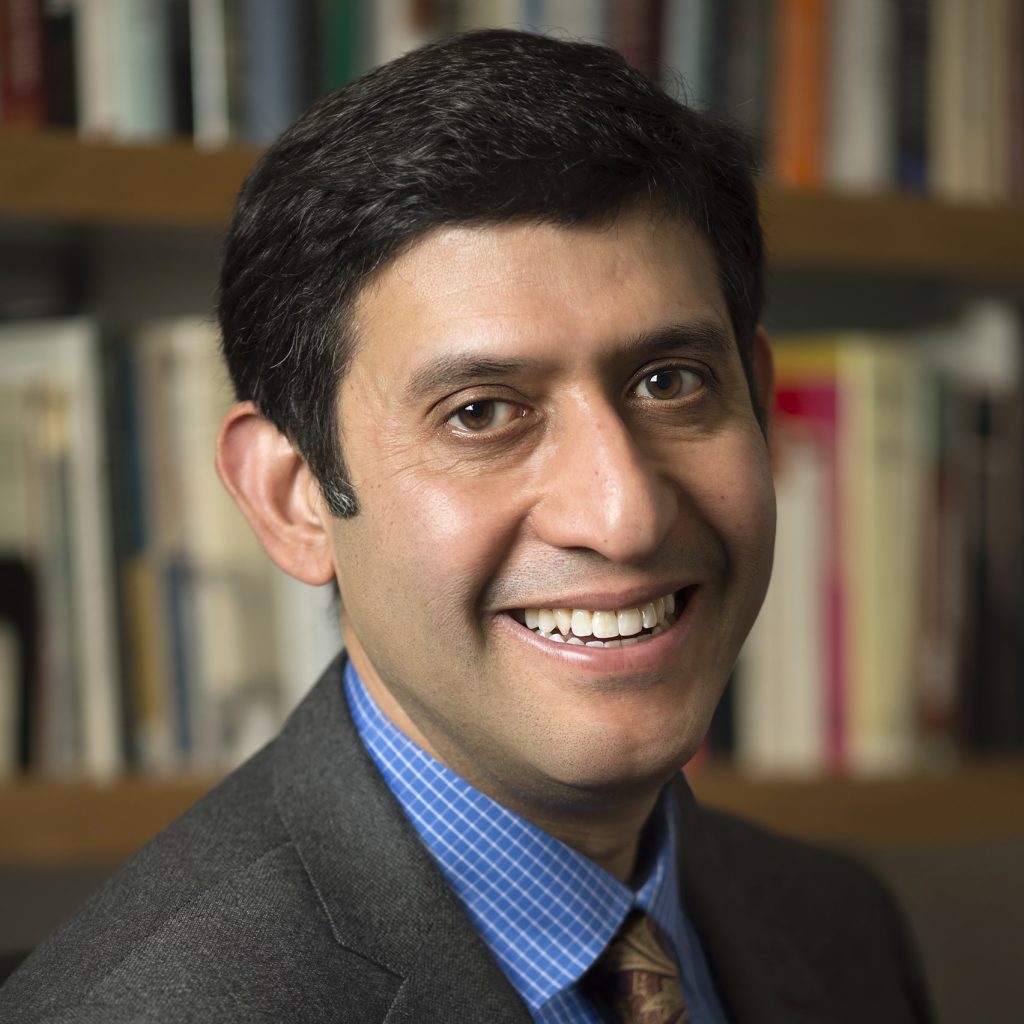 “I do see that students have expectations as consumers. You can see things like Rate My Professor. It’s kind of like a Yelp or Amazon reviews,” said Toenjes, director of undergraduate dance programs at UI. 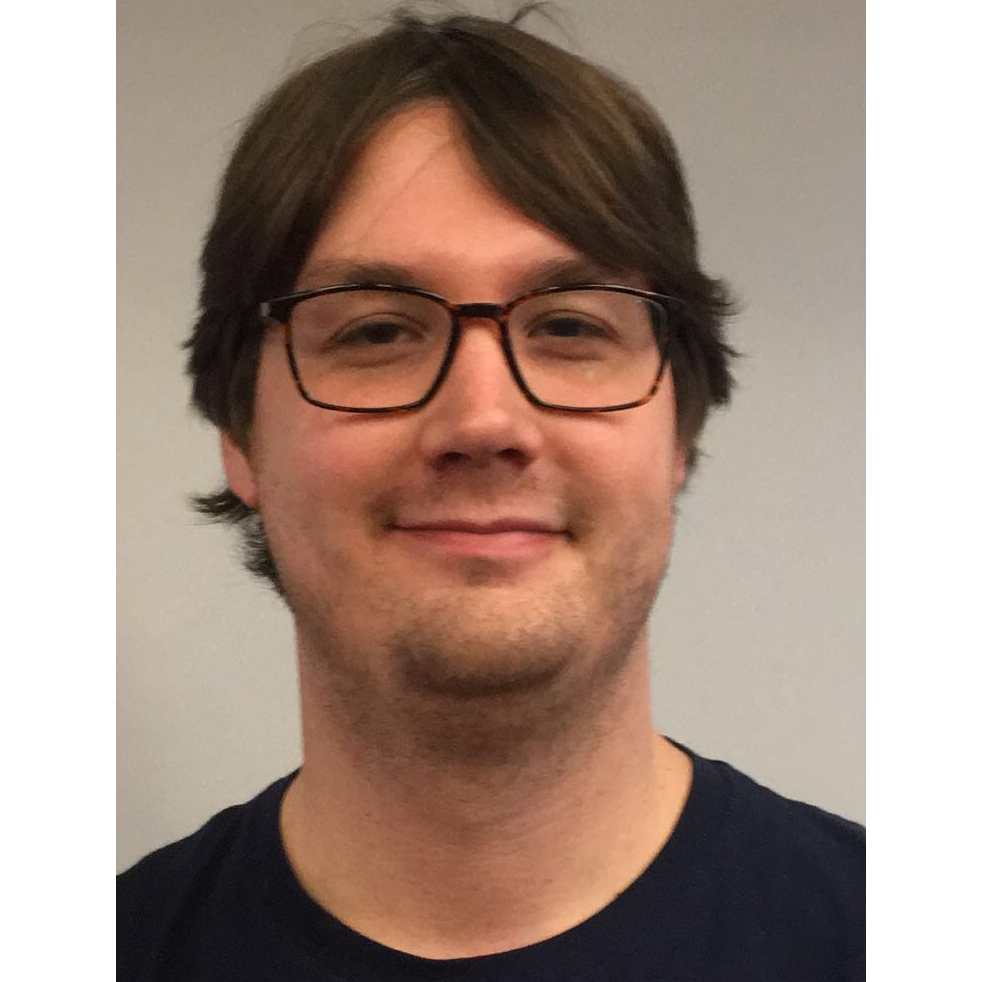 Students’ power as consumers also is related to universities’ reliance on student evaluations of instructors.

“Most professors I speak with say that the consumer orientation of higher education has caused this,” one UI faculty member said under the condition of anonymity. “Students pay professors to provide what they want to have provided, and if they don’t get it, complain and give poor teacher evaluations, post negative reviews on Internet sites, etc. So, one way instructors deal with this is to give an easy A, if they are inclined to do so.”

Other theories have emerged as to why large and online courses tend to generate higher grades.

“I really put it on the instructors,” said Thomas Kuipers, an iSchool student and member of the University Senate Educational Policy Committee. “I think they grade more leniently online because they understand the experience is different. I am not sure they are willing to admit that it is different, but I certainly feel that somewhere deep down that is what is going on.”

Still, others question the role economics and marketing play. “I think we tend to give them sometimes better grades than we think they might deserve in an effort to keep student population, keep our economic base strong,” Toenjes said.